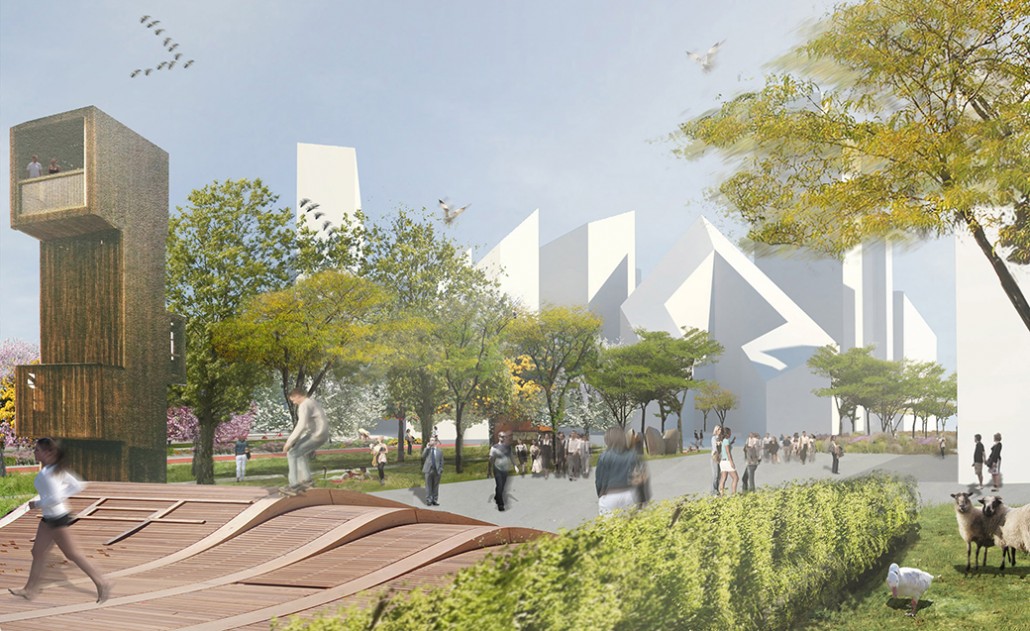 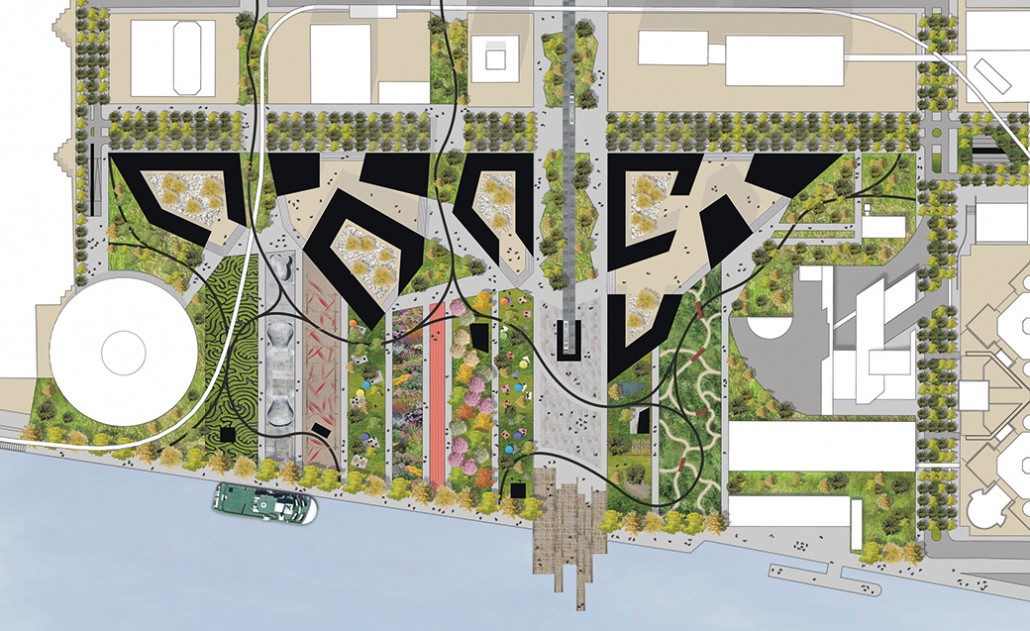 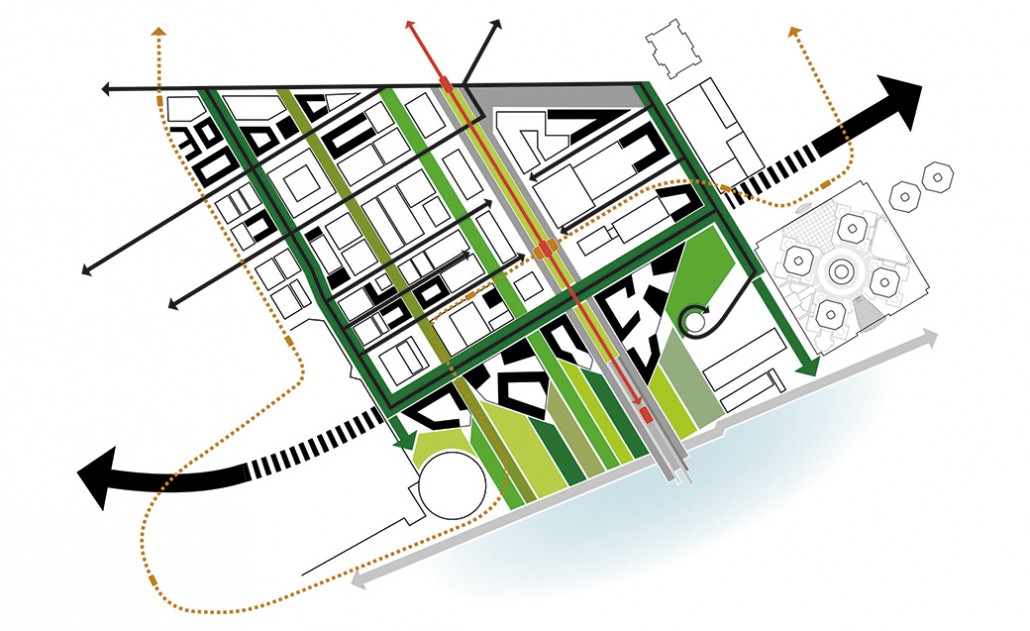 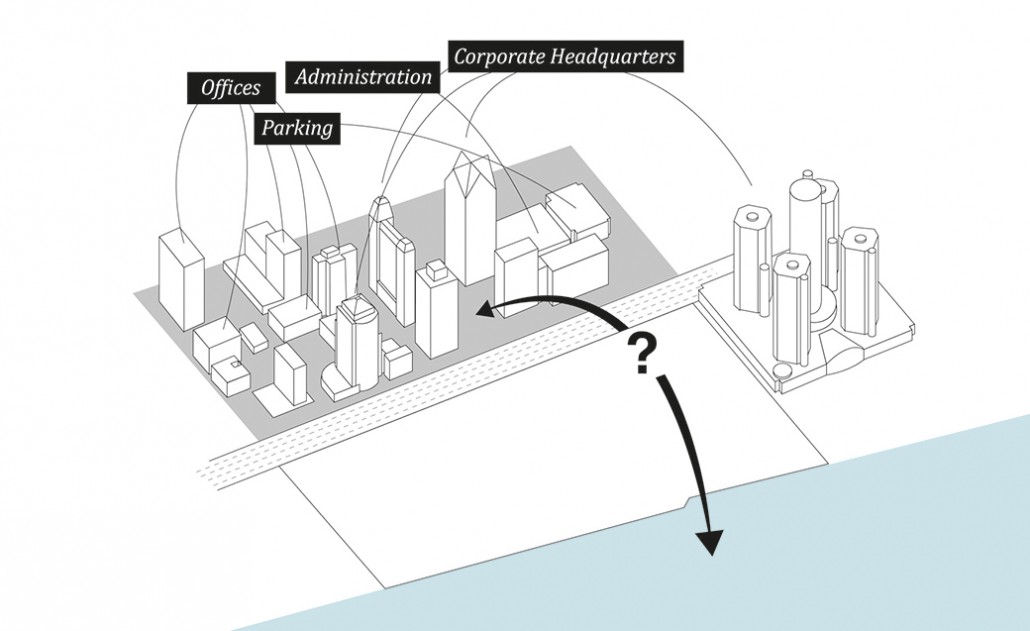 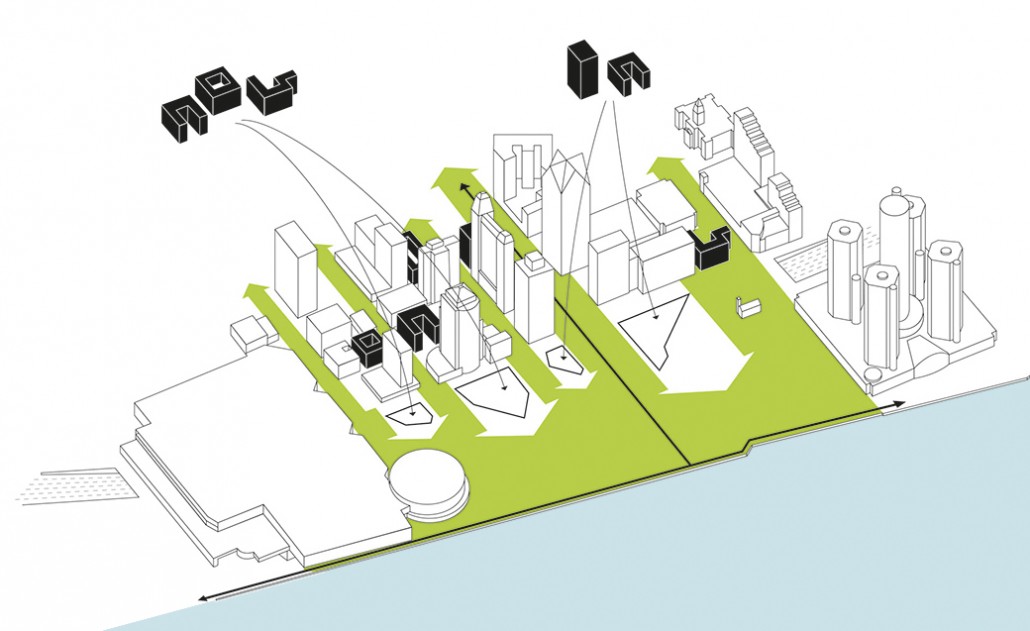 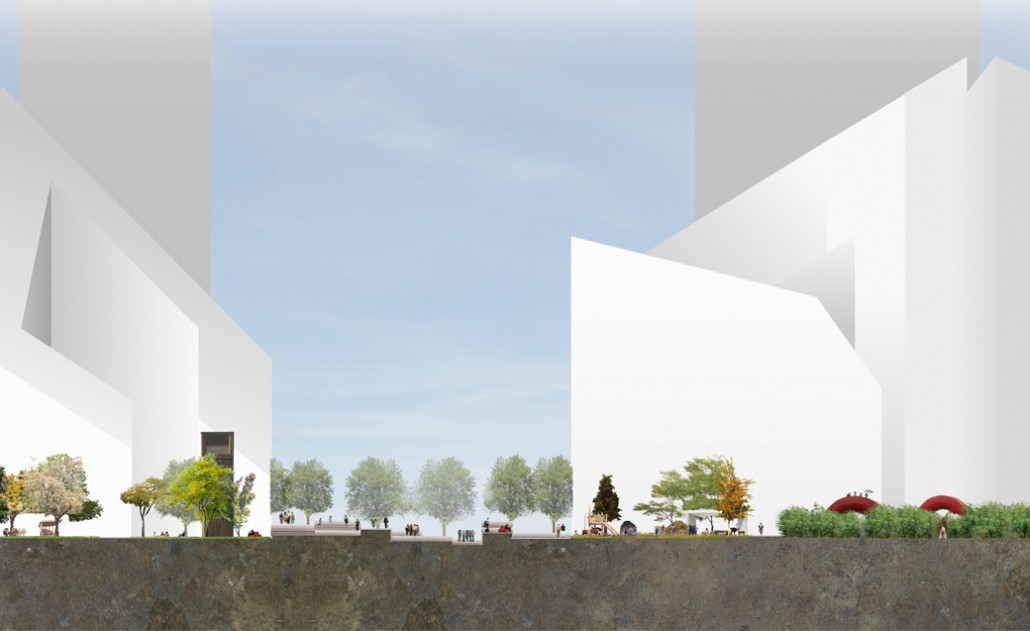 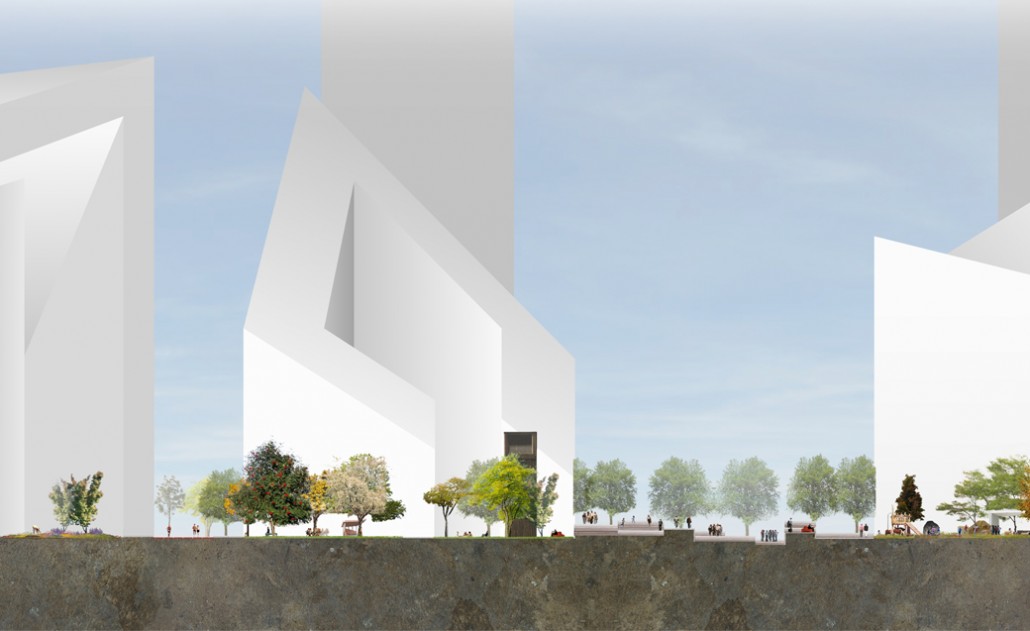 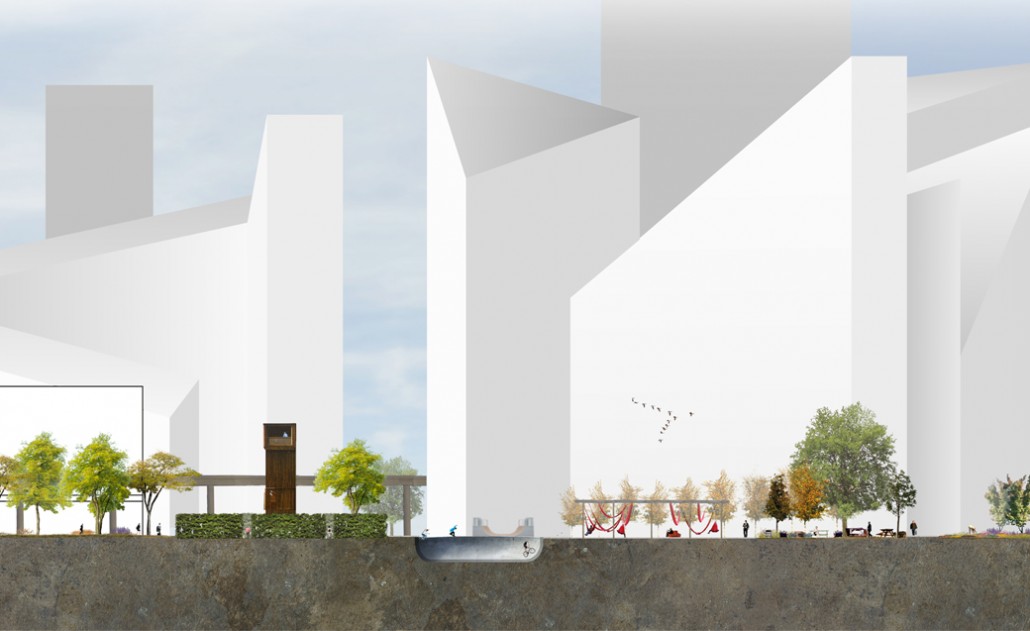 To realize a liveable and healthy Downtown Detroit, a vibrant public space is introduced within a three-step transformation approach.

1. Complement and densify Downtown with an essential and substantial amount of housing to create a healthy mix of different residential, commercial and civic activities. Not segregated in districts, but all mixed up on block as well as on field level. This new residential adjustment to Downtown Detroit consists of a healthy mix of people who have faith and believe in rebuilding the American dream in Detroit. These people can be residents coming from the more poorer early 20th century suburbs, the more prosperous mid and late 20th century suburbs, the elderly and the creative innovative people coming from all over the United States of America.

2. A change of hierarchy of the grid with the introduction of a car-free, pedestrian and cyclists oriented public space in coherence with the proposed light rail track, which will make an essential juncture between Downtown and the new vibrant Detroit River Waterfront.

3. Integrate Downtown into the Detroit River Waterfront and vice versa whereby Jefferson Avenue will be brought below ground level, from the Renaissance Center until Cobo Hall. A “new” Jefferson Boulevard will be introduced on top of it, which will locally connect Washington Boulevard with Randolph Street. The Detroit River Waterfront will be redesigned and thereby repositioned in de the urban fabric with a new significance for the new inhabitants of Downtown Detroit

Barcode Park refers to the essence of a barcode. A barcode is built up from several unique lines that together form a unique code, identity or characteristic. Barcode Park is built up from 11 unique strips. Each strip has its own theme and use, which together form an unique park. All the 11 themes are based on a conscious, more active and healthy way of living. Barcode Park is complimented with 2 green boulevards (Washington Boulevard and Randolf Street) and 3 car-free and pedestrian and cyclists oriented linear parks (Shelby Street, Griswold Street and Woodward Avenue) to integrate Barcode Park and thereby the Detroit Riverwalk into Downtown Detroit and visa versa.

The first layer is built upon 11 different strips. Every strip has its own identity and use, which differs from a maze to a picnic garden. Where the strips border, interaction arises, creating unsuspected encounters and unimagined combinations.

The second layer consists of the 2 green boulevards and the 3 linear parks, which spatially integrate Barcode Park into Downtown Detroit and visa versa.

The fifth and final layer carries the programmatic load which consists of several small pavilions and watching towers within Barcode Park related to the winding strolling path. Furthermore this layer consists of the additional residential housing in Downtown Detroit itself as well as in the transition area between Barcode Park and Downtown Detroit.